Inflammation has been linked to psychiatric disorders such as major depressive disorder, obsessive-compulsive disorder, anxiety, schizophrenia, and bipolar disorder. Discover the link between inflammation, your gut, and your mental health by reading this post. It ends with an anti-inflammation diet that helps regulate inflammation, therefore, improving your mental health. *Note: This is brand new research coming out, all scientific articles referenced are from 2017 and on.

*Note: This is brand new research coming out, all scientific articles referenced are from 2017 and on.

Inflammation has been linked to psychiatric disorders such as major depressive disorder, obsessive-compulsive disorder, anxiety, schizophrenia, and bipolar disorder.

“Accumulating data indicate that inflammation may play a role in a host of psychiatric illnesses.” (https://www.ncbi.nlm.nih.gov/pmc/articles/PMC5542670/)

“Elevations in markers of inflammation (for example, cytokines, C-reactive protein), and overwhelm of the normal antioxidant defense system, are no longer dismissed as mere consequence in emotional disorders. The burden of oxidative stress and inflammation is emerging as a vicious cycle that can directly influence mood, and the combination of the two appears to be both a cause and a consequence of depression. When levels of body-wide inflammatory cytokines are elevated, they can subsequently signal the production of inflammatory cytokines within the central nervous system via microglia activation. Chronic activation of microglia can compromise neuronal functioning by setting in motion a cascade of further inflammation and oxidative stress. The end result may manifest as compromised intra and extracellular neuronal communication.” (https://www.ncbi.nlm.nih.gov/pmc/articles/PMC3904694/)

In reference to the disorder I live with, bipolar disorder, the microglia plays an important role. “One theory suggests that in BD the immune system is chronically activated by microglia, which in turn produces cytokines that render the brain to a vulnerable and unstable state, precipitating mood disturbances.” (https://www.researchgate.net/)

The condition of your gut microbiome, the vast population of organisms that live in your body and outnumber your own cells ten to one, determines whether or not your body is helping inflammation occur or relieving it.

What is inflammation and the Gut/Brain Connection?

“We are all familiar with inflammation. The word itself comes from the Latin verb inflammare, which means ‘to kindle’ or ‘to set on fire.’ Inflamed flesh is burning up— and not in a good way. An inflammatory cascade might include the redness, heat, and swelling that accompanies an insect bite or the pain you experience with a sore throat or sprained ankle. We generally accept the notion that a bite or scrape to the skin is going to be painful because of inflammation. But inflammation is involved in far more disease processes than you can possibly imagine. Indeed, it is the crux of the body’s healing response, bringing more immune activity to a place of injury or infection. But when inflammation persists or serves no purpose, deep inside the body and through systemic pathways, it causes illness. In fact, it’s implicated in such diverse conditions as obesity, diabetes, cancer, depression, autism, asthma, arthritis, coronary artery disease, multiple sclerosis, and even Parkinson’s and Alzheimer’s disease.” Perlmutter, David. Brain Maker: The Power of Gut Microbes to Heal and Protect Your Brain for Life (Kindle Locations 665-672). Little, Brown and Company. Kindle Edition.

“Schizophrenia and bipolar disorder are serious neuropsychiatric disorders of uncertain etiology. Recent studies indicate that immune activation may contribute to the etiopathogenesis of these disorders. Numerous studies in animal models indicate that the mucosal microbiome may influence cognition and behavior by altering the functioning of the immune system. It is thus likely that the microbiome plays a role in human psychiatric disorders. The study of immune alterations and the microbiome in schizophrenia and bipolar disorder is in its infancy. Two recent investigations of the oro-pharyngeal microbiota in schizophrenia found differences between cases and controls. Other studies have found increased gastrointestinal inflammation in schizophrenia and bipolar disorder based on measures of microbial translocation.” (https://www.ncbi.nlm.nih.gov/pmc/articles/PMC5503102/)

“The neurons in the gut are so innumerable that many scientists are now calling the totality of them ‘the second brain.’ Not only is this second brain regulating muscles, immune cells, and hormones, but it’s also manufacturing something really important. Popular antidepressants like Paxil, Zoloft, and Lexapro increase the availability of the ‘feel-good’ chemical serotonin in the brain. You may be surprised to find out that an estimated 80 to 90 percent of the amount of serotonin in your body is manufactured by the nerve cells in your gut! In fact, your gut’s brain makes more serotonin— the master happiness molecule— than the brain in your head does. Many neurologists and psychiatrists are now realizing that this may be one reason why antidepressants are often less effective in treating depression than dietary changes are. In fact, recent research is revealing that our second brain may not be “second” at all. It can act independently from the main brain and control many functions without the brain’s input or help.” Perlmutter, David. Brain Maker: The Power of Gut Microbes to Heal and Protect Your Brain for Life (Kindle Locations 382-390). Little, Brown and Company. Kindle Edition.

No pharmaceutical approach can come close to a dietary prescription for managing your intestinal bacteria.

I can tell you that I started feeling vastly better after changing my diet to anti-inflammation one (I list the diet near the end of this article). I live with bipolar disorder and after just a week into my diet my mind has become clearer, I’m able to focus easier and longer with greater concentration, and my energy level has increased while remaining relatively consistent throughout the whole day. I haven’t had the need for any caffeine as well, I’ve been caffeine free during this time as well. The changes to my sleep have been astonishing as well. Ever since I’ve been diagnosed, my sleep has been all over the place – never consistent. Now, I fall asleep immediately around 10pm and wake around 6am consistently every day.

In addition to the diet, I started 13-hour Circadian Rhythm fasting which has also been known to reduce inflammation.

“The circadian clock, he found, even mediates the immune system. Mice with a crucial circadian molecule missing had higher levels of inflammation in their bodies than other mice, suggesting that genes and molecules involved in the circadian clock could be drug targets for conditions linked to inflammation…” (https://www.salk.edu/scientist/satchidananda-panda/)

Do Eat (Organic only):

I would like to add that since finding this diet in the book, Healing Depression & Bipolar Disorder Without Drugs: Inspiring Stories of Restoring Mental Health Through Natural Therapies, that I’ve also discovered a couple other things to add to the diet.

I drink Gerolsteiner Sparkling Natural Mineral Water which is loaded with minerals such as Calcium, Magnesium, Bicarbonate, Sodium, Chloride, Potassium, Sulfate, and others. In my research, I discovered how beneficial minerals can be for your mental health.

I also cook with Ghee butter or Coconut Oil only. 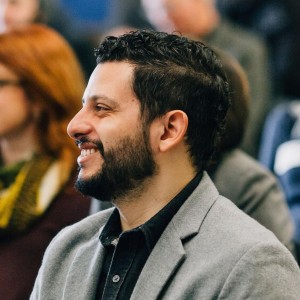 Get actionable tips to help heal and/or prevent mental illness and chronic disease in your inbox.